Preventing Rogue Apps In The Enterprise

One Of The Biggest Threats In Mobility 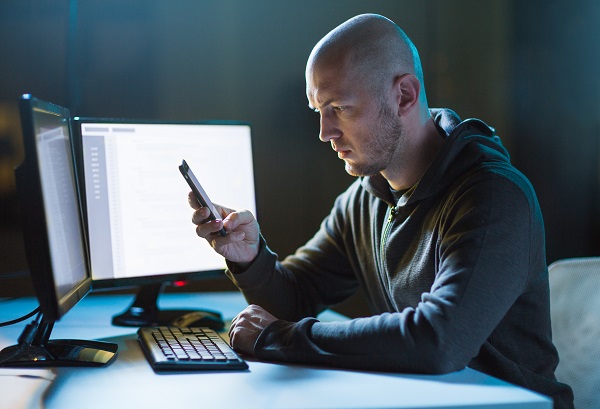 Providing employees with mobile apps has become an essential part of the enterprise. They are used to improve employee collaboration, build a strong company culture, and increase work productivity.

But there’s a dark side to mobile apps in the enterprise. What happens when an employee uses a mobile app that IT didn’t authorize them to use? Furthermore, what happens if the employee doesn’t realize it is actually a counterfeit app that has been deployed by hackers to trick users into giving private information?

What Are Rogue Apps?

Rogue apps are like the phishing emails of the mobility world. Similar to an actual phishing email, the user believes that they are reading something from a reputable company. Instead, it is really a bogus app that was designed by hackers to trick the user into thinking that it is genuine.

For example, an employee downloads an app, thinking it is from a trustworthy company, to teach them about a new work-related skill. However, the app is really full of malware, including Trojans and viruses. Users input their company usernames and passwords. From there, the hacker could access the mobile device, as well as the company network and important data.

Malicious apps represent one of the biggest threats in enterprise mobility. In some ways, these apps could be more destructive than a phishing email because many mobile devices lack the antivirus software that is typically found on desktops.

This entire problem falls under the umbrella of shadow IT, which is when a user relies on hardware or software that was not approved by the company’s IT department. Although shadow IT is not a new concept, the threat of fake apps with malicious capabilities is exacerbating the issue.

How Prevalent Are Rogue Apps?

There are more phony apps in the market than most people realize. In 2017, Google removed 700,000 malicious apps from its play store, up from 400,000 the year before. In the third quarter of 2018, RSA discovered than rogue apps accounted for 25% of all fraud attacks. During the previous quarter, it accounted for 28% of attacks.

The threat of rogue apps is worse in the enterprise due to employees downloading them with a false assumption that they are secure. When an employee feels that they didn’t receive the proper service from IT to fix their problem, they sometimes ‘go rogue’ and turn to unsanctioned apps or devices. A 2018 survey from Nintex found that 40% of respondents are turning to apps or devices not approved by IT. This is especially a problem when looking at different generations in the enterprise. Only 23% of baby boomers have admitted to downloading unofficial apps, but 46% of millennials have done it.

In addition to the problem of employees downloading rogue apps, there is also the other issue that some enterprises are inundated with: the internal development of rogue apps. This typically occurs when line of business bypasses the IT department and creates its own apps. By developing rogue apps without the knowledge or consent of the IT department, workers could potentially expose important company data.

Divyang Bhatt, director of IT for IQVIA, said that his organization previously had rogue mobile app development. However, they were able to address it within the mobile center of excellence (COE).

“During our strategy planning for the mobile COE, we interviewed various business teams, and in that we discovered silo mobile application development,” Bhatt said. “To address this, we implemented standards and good governance in place. We then communicated this to the business team, which was the key to success.”

Preventing rogue apps in the enterprise is everyone’s responsibility. As with the case of IQVIA, it is critical that organizations develop procedures and protocols regarding unapproved apps. By communicating and educating staff members about those policies, there will be fewer malicious apps.

However, no matter how many messages are sent to team members, some users will always download unapproved apps from third parties that appear to be more useful. It is imperative that security teams stay proactive by conducting a full analysis on popular third party apps on the network. This would act as the first line defense against potential attacks.