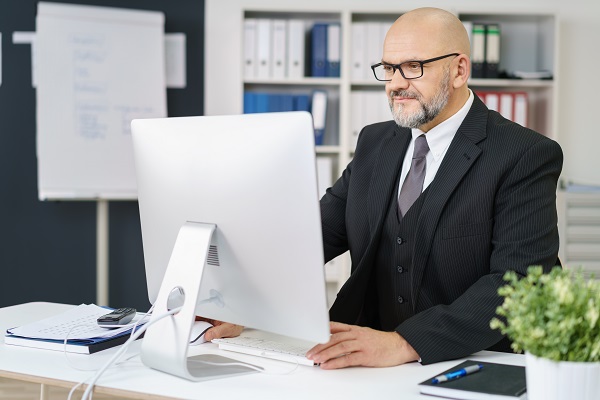 If you want to learn about what the average chief information officer (CIO) is focused on today, you can attend a conference with them as well as follow them on social media. Both offer different benefits for you.

Sabine Everaet is the CIO for EMEA and Western Europe BU at The Coca-Cola Company. On Twitter, Everaet has tweeted about crucial topics such as data culture, diversity in IT, and blockchain.

David Chou is the Chief Information and Digital Officer at Children’s Mercy Hospital. Chou is very active on Twitter, and frequently tweets about the latest innovations in technology and healthcare.

Bill Marion is the Deputy CIO for the Air Force. Through Marion’s tweets, users will gain knowledge about new developments in IT and in defense.

Cynthia Stoddard is the Senior Vice President and CIO at Adobe. In addition to tweeting about Adobe’s latest developments, Stoddard tweets about tech topics, including digital literacy and artificial intelligence (AI).

Peter Weis is the Vice President and CIO of Matson Navigation. Weiss tweets about everything IT — from big data to cyber security to blockchain.

Will Weider is the Senior Vice President and CIO at PeaceHealth. Weider is like a jack of all trades on Twitter, tweeting about numerous aspects in life, including technology and life as a CIO.

Jonathan Reichental is the CIO of the City of Palo Alto, California. Reichental is a self-described technophile, with tweets about smart cities and blockchain to support that title.

Miguel Gamiño Jr, previously the CIO of the City and County of San Francisco, now serves as the Executive Vice President and Head of Global Cities for Mastercard. Gamiño’s Twitter account is a hub for all things technology and smart cities.

Mahdi Taghizadeh is the CTO/CIO for ihome.ir. Taghizadeh tweets about many enterprise technology subjects, such as blockchain, but it also seems that he is especially interesting in all things Apple related.

Bryan M. Sastokas is the CIO for the Los Angeles County Metropolitan Transportation Authority. Sastokas likes to tweet about the latest technology innovations, especially as it related to different modes of transportation.

Ted Ross is the CIO at the City of Los Angeles. Ross really likes to promote his affection for Los Angeles through his Twitter account, but there are also plenty of tweets about smart cities and digital transformation.

Clay Johnson is the CIO and Executive Vice President Global Business Services at Walmart. Johnson is all about technology in the workplace, with his Twitter account covering topics about automation and mobile devices for employees.

Ed Simcox is the CTO and acting CIO at the U.S. Department of Health and Human Services (HHS). Simcox promotes numerous HHS initiatives on Twitter, especially topics regarding the intersection of health and technology.

Julien Barès is the CIO for Stade Toulousain Rugby. Barès considers himself to be a digital enthusiast, and it shows with his tweets (in both French and English) about new innovations in mobility and software.

Ben Haines is the CIO of Oath/Yahoo. Haines tweets and retweets posts about IT service management, and major technology company news.

Wayne Sadin is the Chief Digital Officer with Affinitas Life, and previously was the CIO for the Go Solution. On Twitter, Sadin actively discusses digital transformation, mobility, and working as a digital leader.

Melissa Woo is the Senior Vice President for Information Technology and CIO at Stony Brook University. Woo tweets about the role of technology solutions in education today.

Tim Jones the CIO for MoneySuperMarket.com. On Twitter, Jones is either retweeting important posts from technology leaders, such as Bill Gates, or new innovations regarding robotics and Tesla.

Milos Topic is the Vice President and CIO of Saint Peter’s University. Topic is a prolific Twitter personality among the CIO community, and he often tweets about technology in education.

Anastasia Cammaroto is the General Manager, Group Technology Business Integration – CIO, Consumer Bank at Westpac Group. Cammaroto tweets about machine learning and the need for more inclusion and diversity in IT.

Why not follow them all? Each will offer a different perspective and provide insight into what CIOs are focusing on today.