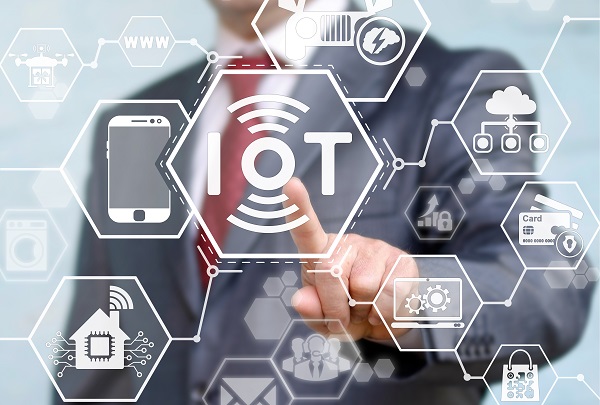 The aircraft industry has been using aspects of the Internet of Things (IoT) long before the world even knew what that was. This is according to Norman Palmer, the senior director of business application services and information technology services for Northrop Grumman, who says that there are many airplane parts that have an embedded chip in them that communicate to central processors to provide details on potential repairs. Palmer said that this technology has been used for specific instances during the past few decades, and it was referred to as visual feedback loop.

In 2017, the Department of Defense (DoD) issued recommendations requiring all military contractors to follow strict protocols with IoT. The concern from DoD is that all facilities, equipment, and employees that embrace IoT are at a high risk of being compromised.

“It's very important that organizations ensure that they keep a strong security posture as there's more IoT implemented and integrated into their environments to ensure that they still have some level of controls,” Palmer said.

Over the last four to five years, Northrop Grumman harnessed IoT from a security standpoint, and to fix a growing functionality issue regarding airplane parts.

The Need For IoT

For some time, Northrop Grumman lacked the capabilities to predict when certain parts on an aircraft would fail and need to be replaced. This includes specialized parts for top secret activities on certain aircrafts. The parts would have to be generated prior to an installation, which would require good timing.

Without an understanding about when certain parts would need to be replaced, the aircraft could be prone to random malfunctions and it would not be serviceable. This would waste millions (and sometimes hundreds of millions) of dollars, and it would mean that certain military missions deployed by DoD could not be fulfilled.

To improve predictive capabilities about when parts would fail, Northrop Grumman primarily used IoT to help with its analytics platform and manufacturing. It took about six months to develop the approach and to implement the processes for predictive analytics.

With regards to IoT, Northrop Grumman created neural networks to address how was data was going to be collected, ingested into the data lake, and utilized for providing clear details on which parts were going to fail. Palmer also said the organization used chips and devices from many service providers, including Microsoft.

Using sensors on different devices within the repair facility and within the aircraft itself enabled Northrop Grumman to have a better understanding of when the parts were going to fail. The newly-acquired data allowed the organization to make predictions about the conditions of parts. By incorporating IoT, the organization was able to recognize gaps and understand how to properly address them.

Palmer said that the technology enabled Northrop Grumman to successfully predict the failure rate of a part 99.3% of the time. This predictive technology helped the organization determine which parts would fail before an issue occurred so that the parts could be replaced and to ensure that more aircrafts were in service.

“What it does mean to the organization is cost savings that we pass back to our customer, which is the federal government, and in turn, the savings is returned to the taxpayer,” Palmer said. “It also ensures that we're able to support the war fighter at a manner to keep planes in the air and to support the mission."

Recommendations For Other Enterprises

Palmer recommends that other enterprises consider how IoT can help improve their operations. In addition, Palmer suggests that enterprises integrate the technology with neural networks, machine learning, and artificial intelligence (AI). He says the technology is becoming more transparent to help organizations have a clear understanding about current conditions from a quantitative disposition.

“AI helps to facilitate IoT in an extreme manner. It helps to make sense of the data that's being collected,” Palmer said. “It’s not just the IoT — it's having the logic behind the IoT [provided by AI] so that IoT makes sense.”

Want to learn more insights from Palmer? You can watch him speak about harmonizing your technology environment to facilitate device-agnostic access to business-critical systems at the Enterprise Mobility Transformation Exchange on November 7-8 in San Diego, CA. Request an invite to attend.