New Innovators For The Enterprise Showcase Their Solutions At VMworld

The Next Generation Of Service Providers For Enterprises 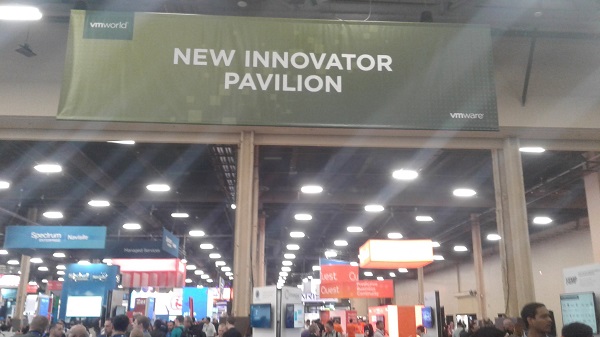 However, a new and intriguing section within the Solution Exchange stood out in 2018. The New Innovator Pavilion featured upcoming service providers with groundbreaking solutions that every enterprise should be aware of. Enterprise Mobility Exchange spoke with some of them to learn what new solutions they are bringing to market, and how the enterprises will benefit from the technologies.

Windmill Enterprise, one of the exhibitors in the New Innovator Pavilion, showed off its open source platform called Cognida. This is a suite of solutions for enterprises to manage security across all their diverse distributed assets by using blockchain as the backend database for security policies and identities. Cognida decentralizes security for network connected assets, including in the cloud or across multiple facilities. It is also blockchain agnostic in a way that uses functionality that is common in every blockchain, instead of focusing on a single industry.

In October 2017, internet industry veteran Michael Hathaway formed Windmill Enterprise with Bing Byington, a serial entrepreneur behind a consortium of seven mobile/cellular licenses in the United States. Hathaway says that Windmill Enterprise is a combination of the experiences with his previous company, Information Xchange, and Byington’s experiences with mobile healthcare applications. 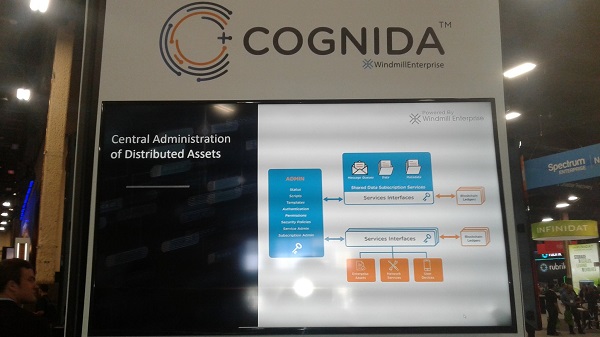 Despite the fact that many enterprises are hesitant to integrate blockchain technology, Hathaway believes that most organizations will eventually change their minds as their assets become increasingly distributed and blockchain can be one of the solutions. Blockchain data is immutable because everybody has a copy of the same data and it is a distributed database. This technology prevents a company from falsifying important data, and it increases data accessibility to those on the network.

Initially, companies in the energy sector with distributed generation are showing a need for the technology provided by Windmill Enterprise. There is also a growing market among non-U.S. energy companies where the customers are generating their own energy and plugging into the grid. Windmill Enterprise is also conducting a clinical trial application in the medical field, with mobile devices hooked up to blood pressure scales and heart rate monitors.

Another exhibitor in the New Innovator Pavilion was Apstra, an intent-based data center network automation platform that delivers cloud-like simplicity. Michael Wood, the chief marketing officer and vice president of product, said that Apstra delivers application workload reliability to create a fabric within a data center that increases the reliability and operation of the applications and workloads running the data center. This is centered on the ability to simplify the deployment of the data. The result is that it allows enterprises to build their data center networks in minutes rather than days.

After its launch, Apstra began to see traction in several industries. Some sectors that are using the solution include financial services, insurance, and web scale companies. Apstra is also starting to make inroads into the healthcare sector.

Why The New Innovator Pavilion Matters

VMworld’s New Innovator Pavilion gives the world a taste of the future of enterprise technology. Most enterprises are already familiar with the large service providers in the industry. The New Innovation Pavilion is a chance to showcase ways that enterprises can stay ahead of the competition by harnessing new technologies and cutting-edge solutions of tomorrow.