Public Cloud Is Making A Splash In The Enterprise 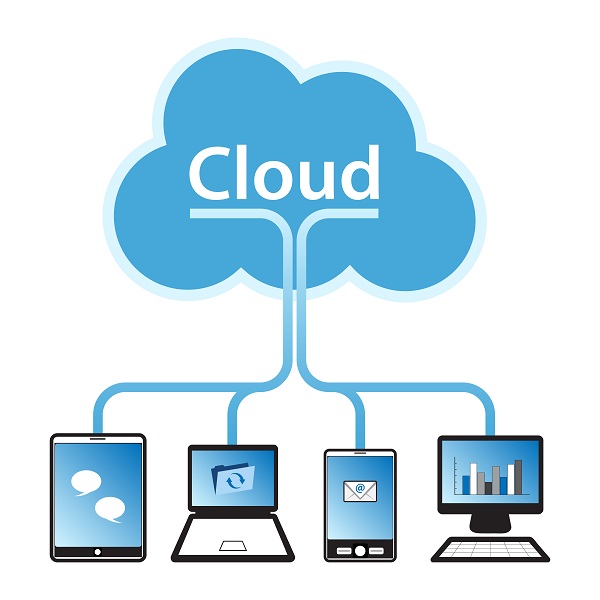 Migrating apps into the public cloud is moving full-throttle as enterprises are banking on the many benefits, including scalability, elasticity and the ability to shift from capex to opex.

The worldwide public cloud services market grew 29 percent in 2017, reaching $117 billion, according to IDC’s second 2017 Worldwide Semiannual Public Cloud Services Tracker. While the overall growth rate in 2017 was marginally lower than 2016, revenue growth of the top 16 providers by market share increased during this period, IDC notes.

Last year was a significant year for public cloud service adoption as public cloud services “continued to defy the usual laws of market gravity: for the fifth straight year, spending growth remained at a scorching 29 percent, even as the size of the market has tripled over that time," said Frank Gens, senior vice president and chief analyst at IDC, in a statement. "2017 also saw some intriguing market share shifts among the major players, as all of them have significantly increased their focus on the cloud, and competitive pressure has ratcheted way up."

Specifically, software as a service saw steady growth, with Enterprise Resource Management (ERM), Customer Relationship Management (CRM), and collaboration applications contributed the most to SaaS growth, accounting for 64 percent of all SaaS-delivered applications. Supply Chain Management (SCM) at 27 percent and content applications at 28 percent, represented the fastest growing categories of SaaS applications in 2017.

Yet, there continues to be some hesitancy about moving to the cloud, especially going cloud-first, or even cloud-only when deploying apps. Twenty-nine percent of respondents to a 2017 Enterprise Mobility Exchange survey said they were planning to adopt a public cloud-only policy for applications this year. “That 29 percent has stayed pretty flat for the last two to three years,” observed Mark Bowker, senior analyst with ESG Global Research, in the EME report, Is Cloud-Only the Future of Digital Transformation? “I’d like to see it grow by double digits, but I think that’s being aggressive, and I’d expect to see it grow by single digits in the coming years.”

The survey also found 24 percent prefer to keep apps on-premises, and 47 percent have a hybrid mindset of deploying both on-premise and cloud apps.

Much of the move to the cloud along the digital transformation journey hinges on enterprise coordination, Bowker said, and has a lot to do with age and culture of the business. “Some companies have had great success with full migration, and that’s often driven by a company-wide initiative, not just a desire from the IT team. Younger companies in existence – those that are less than 10 years old – are more likely to be cloud-first.”

When considering your move to the public cloud, remember that there is no one-size-fits-all approach. You should start with a small proof of concept as a test case. This can be useful for figuring out how performance in the cloud compares versus on premise, as well as ironing out any networking integration issues, the level of support the cloud provider offers and to assure reliability.

A little help from CASBs

Organizations concerned about moving sensitive data to the cloud can also enlist help from a cloud access security broker (CASB).

A CASB is an on-premise or cloud-based security tool or service that acts as a central gatekeeper, allowing the organization to extend the reach of their security policies beyond their own infrastructure.

The CASB market is projected to reach $12.73 billion by 2022, according to MarketsandMarkets.

By 2020, 85 percent of large enterprises will use a CASB for their cloud services, according to Netskope, citing Gartner’s 2016 Market Guide for Cloud Access Security Brokers. “Strong growth in sanctioned and unsanctioned use of SaaS and IaaS will drive end-user CASB spending, from $150.7 million in 2015 to $713 million in 2020,’’ the firm has forecasted.

Cloud adoption is driving growth in the CASB market, but there is concern about the types of cloud solutions being provisioned and used within the enterprise. These concerns include data visibility, compliance, security, and threats. However, CASBs address these concerns, observers say.

Data leakage prevention was the most important CASB feature for 32 percent of respondents to the Cloud Security Alliance’s (CSA) Mitigating Risk for Cloud Applications 2016 report, followed by controlling access from unmanaged devices (20%). The majority said they wanted to address concerns around user or operator error, in addition to deliberate or malicious activities. User behavior analytics and control, cloud encryption, and control over external sharing were also important considerations for some respondents.

Industry On The Move: 5 Tech Stories In November You Might Have Missed
2018-11-30
By Steven Lerner

Behind The Buzzword: Disruptive Technology
2018-11-23
By Steven Lerner

Why Are Businesses Embracing Hosted Desktops?
2018-11-15
By Mark Bowker

Behind The Buzzword: Software As A Service
2018-10-26
By Steven Lerner