Project Management Takes On New Importance In A Digital Era 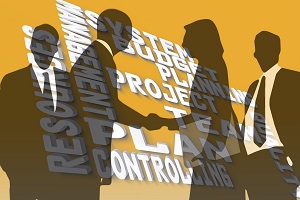 Key to any successful digital initiative is solid project management practices, as today’s projects are more complex, technologies are ever-changing, and stakeholders want results more quickly than ever.

On average, 71 percent of projects of so-called “innovator” organizations are risk-tolerant and have made disruptive technologies a priority and met their business goals, according to a newly released report, Maximizing the Benefits of Disruptive Technologies on Projects from the Project Management Institute (PMI).

A March 2018 poll by The Hackett Group finds a much smaller number: only 28 percent of projects in IT’s pipeline are primarily associated with digital transformation. Yet, demand is growing, thanks largely to digital transformation, and the number of projects in the IT pipeline have surged by one-third in the past two years as stakeholders press for new digital tools and more workloads are migrated to the cloud.

“Project demand management” as The Hackett Group characterizes it, is a thorn in the side of many IT organizations, because even if IT leaders have a strong vetting process, they have a difficult time prioritizing and scheduling projects. They also have a hard time saying no to project requests. This results in a cycle of “overwhelming demand and underperforming delivery,” writes Rick Pastore, senior director & IT research advisor, and co-author of the report, Taming Project Demand: Best Practices for IT Portfolio Management.

IT’s weakest levels of effectiveness are in post-implementation assessment and project cancellation, according to the report. The former is a symptom of overwhelming demand. Project teams lack the time to consider what happened in the past, he says.

“Both IT and business stakeholders are culpable for weakness in ability to stop or cancel projects,’’ Pastore says. “Because they lack the will or authority to pull the plug on failing projects or to halt them in order to reassess and revise priorities, they undermine project agility and exacerbate the problem of overwhelming demand.”

Where Disruption is Occurring

The top three disruptive technologies organizations use for competitive advantage are cloud, IoT and AI, according to the PMI, and a significant portion of the survey respondents are utilizing one or all. Eighty-four percent of innovators say cloud technologies are giving their organization a competitive advantage, compared to 57 percent of laggards, the PMI report finds.

In order to understand and manage the impact of these technologies, organizations need established project management practices to survive -- and thrive – during times of change, the PMI says.

Organizations should also apply project management principles to mobile app development, which falls into the top five disruptive technologies impacting business today, according to PMI research. “With the availability of 5G mobile internet, we will see high bandwidth and low latency make innovations that we once couldn’t have imagined become every day realities,’’ says Murat Bicak, senior vice president of strategy. For example, “mobile technology can transform the infrastructure of driverless cars, allowing vehicle-to-sensor or vehicle-to-vehicle communications to occur nearly in real-time,” he notes.

When bringing a new mobile app to market, it’s critical to put the customer at the center and ensure feedback loops are integrated into the project development environment, Bicak stresses. “For many organizations, this might be a shift from how they typically worked in the past, but it’s critical for success. Testing and re-testing and iterating with the customer becomes an important part of successful delivery.”

Integrating design thinking into the project is one key enabler of successful outcomes, he adds. Technology-forward approaches that may have not focused on an actual customer need should be replaced with human-centered technology development.

How to Recoup Investments Wasted on Poor Project Implementation

The PMI’s research shows that $1 million is wasted every 20 seconds by organizations around the world due to poor implementation, rather than flawed strategy, says Bicak. At the same time, many leaders don’t fully recognize that project management is what delivers on strategy, he notes.

Focusing on outcomes and developing a clear and shared definition of success among project delivery teams is also critical to creating alignment and reducing waste, he advises.

To improve efficiency and deliver on project goals, companies should invest in having the right project management talent in place, using a broad spectrum of project management approaches, according to Bicak. They should also have engaged executive sponsors who are senior-level champions to help keep projects on track by communicating the value of the project in the organization and breaking down silos and freeing up resources when they are needed.

“Where there’s an engaged executive sponsor, organizations have had higher project success,’’ he says.

(Part two of the PMI report will look at some of the organizations with successful digital initiatives – and they’re not all startups -- as well as best practices for project management in a digital era.)